We got to know the Kempo style in the autumn of 1994 in the BVSC dojo where Ferenc Juhász Master (1958-2002) and the atmosphere created by the members back then had a serious effect on us, and it continues to this day. We would like to highlight the Masters Zoltán “Kukker” Horváth and Attila Babcsák who have done a lot for the students and later for the BVSC Kempo Club, to maintain it and remain active today.

We became an independent club in 2004 and first, we held our training in the former Hunyadi Mátyás Grammar School’s gym in district XVIII, then in Kispest in Jahn Ferenc street and later in a gym established in Kisfaludy street.

In 2010, by our initiation, the I. “Supporter Martial arts Gala” was held in Hungary which event since then became a tradition among the Hungarian supporter community. Initially, we received severe attacks from multiple sources, but time has proven the viability of the concept and the intense need for amateur racing.

In 2013, we prepared in a former boxing gym at Nagy Lajos Király street in district XIV which was the first well-equipped gym, where there was even a boxing ring available.

From the end of 2014 to the present, we train at Fit Club Zugló, 57th Szugló street district XIV which is also the home of Thai Box Academy.

In 9th of September 2017, we were the first to invite to Hungary Andy Souwer, 2 times K-1 World Max World Champion, to hold a seminar whom we have met multiple times, trained and kept in touch with since.

In February 2018, we first visited the gym of the 3 times K-1 World Champion Remy Bonjasky (Bonjasky Academy – Almere, Netherlands), and since then we trained several times with Remy.

For our development, we regularly learn from the 7 Dan Grandmaster, Gábor Lovász and we, by our Master, strive to gradually improve our Kempo style, expand our knowledge and refine our techniques. 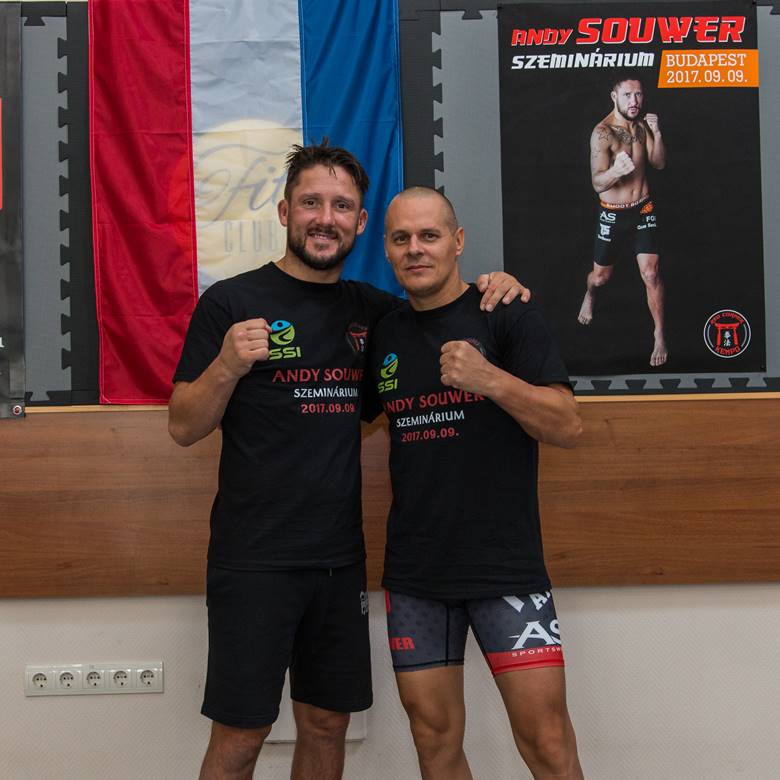 “Training is an opportunity. For anyone. Anywhere. Anytime”.